Our programs have been designed to promote low student/instructor ratio. Our capable school staff concentrates on the identification and correction of player problems.

Bob Hartley, a native of Hawkesbury, Ontario, brings a wealth of experience and winning to the Flames having coached the Colorado Avalanche for five seasons, during which they won the 2001 Stanley Cup, and also coached the Atlanta Thrashers for parts of five seasons. In addition to his most recent Swiss League title, he led the Hershey Bears to the 1997 Calder Cup and also has Junior A and Major Junior championship rings among his accomplishments.

Hartley began his coaching career with the Junior A team in his hometown of Hawkesbury. After guiding the club to two championships, he was named head coach of the Laval Titan of the QMJHL. Over two seasons with the Titan he compiled an 81–52–7 record, a league championship and an appearance in the 1993 Memorial Cup. Hartley’s junior success was rewarded when the Quebec Nordiques hired him as an assistant coach of their American Hockey League affiliate, the Cornwall Aces. It only took a single season before he took the reins as head coach in 1994, guiding the Aces to two division titles during the team’s three year history.

When the Nordiques relocated to Colorado, Hartley became the head coach of their AHL affiliate, the Hershey Bears. Once again, his tenure with the Bears was a success as he guided the team to four consecutive playoff appearances and a Calder Cup title in 1997. A season later, Hartley was hired as the Colorado Avalanche bench boss. During his five seasons, the Avalanche won four division titles and made four appearances in the conference finals. Hartley’s third season was ultimately his most successful one as Colorado steam-rolled through the league with a 52–16–10–4 record, a division title along with the President’s Trophy and the Stanley Cup. Hartley’s tenure with the Avalanche franchise ended in December of 2002 with a 193–109–48 regular season record and a 49–31 playoff record. His 193 wins are a franchise record. He became the only coach in team history to record 40 or more wins during his first four seasons as head coach.

One month later, Hartley was appointed head coach of the Atlanta Thrashers. He guided the young Thrashers through four seasons of steady improvements but it was the 2006-07 campaign in which they won their first Southeast Division title, setting new franchise records for wins and points with a 43–28–11 record, good enough for 97 points and third seed in the Eastern Conference. The team also clinched its first playoff berth in franchise history. A slow start for the Thrashers in 2007-08 season resulted in Hartley and the club parting ways.

Hartley was enjoying a successful media career as a hockey analyst with RDS, but in the summer of 2011, he signed as head coach for the ZSC Lions in Zurich, Switzerland. Hartley and his wife, Micheline, have a daughter, Kristine and a son, Steve.

HEAD COACH OF THE DRUMMONDVILLE VOLTIGEURS FOR THE QMJHL

HEAD COACH OF THE MEN HOCKEY CLUB OF GUELPH UNIVERSITY

2005 HEAD COACH OF THE CANADIAN NATIONAL UNDER 18 TEAM

MONTREAL CANADIENS PLAYER IN THE NHL

Full service dining with professional catering staff. All meals will be served at the York Catholic School 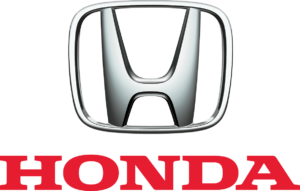